Encrypting of Data within Microsoft Azure

Published by Marius Sandbu on November 26, 2021

When moving to a cloud-based environment and especially to a shared model using/building services with IaaS/PaaS services there are different options to choose from so let’s dig into the options.

There are five main levels where we can apply encryption

So let me explain the diverse levels a bit deeper.

Now when dealing with encryption another issue that can come up, depending on what kind of requirements the customer has in terms of who has access to the keys? is it only Microsoft, is it both or can we bring our own keys?

But let’s explore the different services and options that we have available in terms of encryption.

Storage services in Azure such as Azure Blob Storage and Azure file Shares are using a service called Azure Storage Service Encryption (SSE) that uses AES-256 encryption. This feature is enabled by default for storage accounts and cannot be disabled and is transparent for users.

All storage within Azure is independent of computer clusters.

With this service, Microsoft is responsible for managing the keys (also known as platform keys). It should be noted that even if we have encryption of data-at-rest this would only ensure that no one is able to decrypt the content of the physical disks within Azure.

The issue with this is that even if data is encrypted at rest I can still for instance export a VHD of a virtual machine directly from the portal and be able to inspect the content of this data.

Since this mechanism only applies to the physical storage and not the virtual VM. There are of course ways to ensure that someone is not able to inspect this content such as using

But still, none of these two options can restrict the possibility. This also applies to other data services such as Azure Blob Storage and SQL as well.

We also have the option of additional encryption methods

This table also mentions Azure Disk Encryption, which I will come back to later in this article.

One downside for all these encryption methods is two main things.

1: I cannot use my own keys (stored outside of Azure)
2: It still does not encrypt the data inside, so from the Azure Portal / CLI I can still download all the data contained and I’m able to decrypt it.

In terms of In-transit encryption, all traffic is encrypted by default with TLS 1.2 to protect data when it’s traveling between the cloud services and the users trying to connect to it. This applies to services such as Azure Blob Storage, Web Apps, and such. In the backend communication (between a VM to Blob Storage for instance) IEEE 802.1AE MAC Security Standards (also known as MACsec) is applied from point-to-point across the underlying network hardware. This MACsec encryption is on by default for all Azure traffic traveling within a region or between regions, and no action is required on the customers’ part to enable it.

As mentioned, when it comes to encrypting data at rest it still means that data is decrypted and readable when someone tries to download any of the virtual content. There we have server-side based encryption to ensure that the actual content of the data is encrypted, so if someone manages to get a hold of data within Azure either for a VM or PaaS service and download it, the data would not be directly readable.

Within Azure there are different options to provide server-side based encryption of the data.

There are also other encryption methods for other PaaS services within Azure, such as client-side encryption of blob content using the SDK Tutorial – Encrypt and decrypt blobs using Azure Key Vault – Azure Storage | Microsoft Docs

Now, in theory, Microsoft could get access to virtual machines memory do a dump of the content and inspect data. Is there any actual way around this? Even if this is just a hypothetical scenario some might be concerned about it or might have requirements where it demands to encrypt as much as possible.

There are two things that you should know about here.

1: Microsoft Azure has something called Generation 2 virtual machines, which are machines that are using UEFI Boot with a vTPM chip (compared to the regular BIOS-based boot mechanisms) combined with a feature called Secure Boot. However this is more aimed at stopping

2: Is Confidential Computing where we have virtual machines in Azure running AMD SEV-SNP enabled CPU’s. These AMD EPYC-CPU powered Azure VMs are fully encrypted at runtime.  The encryption keys used for VM encryption are generated, and safeguarded, by a dedicated secure processor on the EPYC CPU. This helps ensure that no one, even cloud administrators—and by extension the workloads, apps, or data in the VMs—have access to these encryption keys.  In addition, the Azure Attestation service collects evidence that the hardware environment is correct and then provides a cryptographic signal to Azure Managed HSM to securely release the decryption key for the virtual machine image only if the environment is in a known good state in a combination of Secure Boot.

Using this service, it means that we can have a completely encrypted virtual machine in Azure, without making any changes to the applications. There if of course a higher level of encryption that can be used as well where you have a secure enclave. 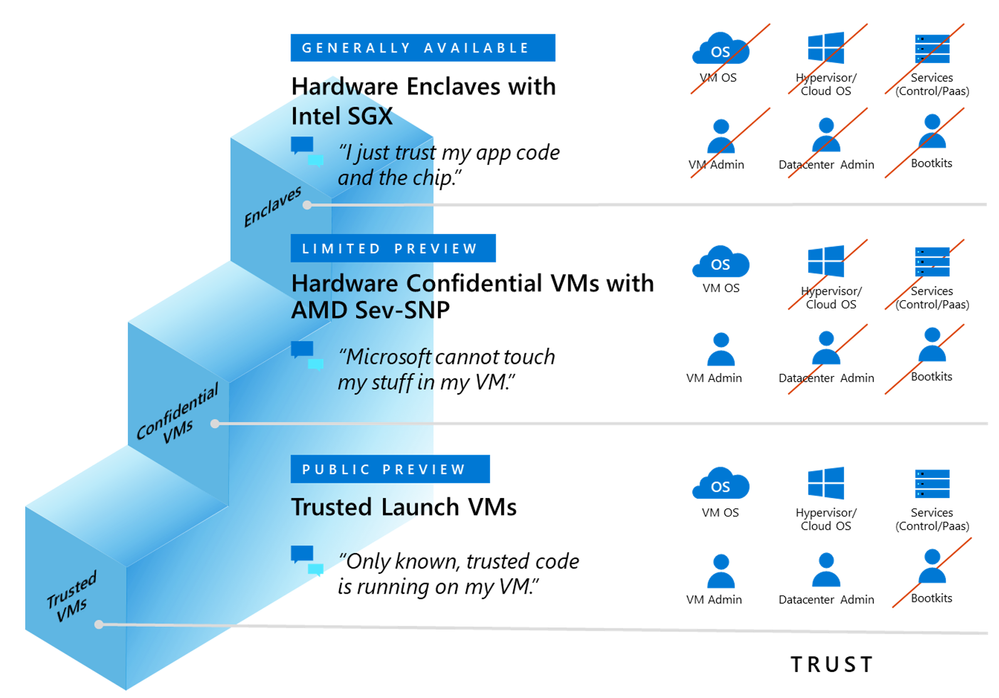 In Summary, there are multiple encryption methods within Microsoft Azure. At-Rest encryption is enabled with platform-managed keys by default, but we also have different options to provide encryption at-rest with our own managed keys (using Key Vault) but limited options to use existing HSM or keys outside of Azure. We also have different options to encrypt server-side and even the virtual machine itself with Confidential Computing, all depending on your security/governance requirements.

Yesterday, many Norwegian websites were targeted in a DDoS attack by an activist group called Killnet as you can read more about here –> Norway hit with cyberattack, temporarily suspending service (yahoo.com) Killnet does primarily DDoS Read more…

One of the sessions that I had the Nordic Infrastructure Conference was about how to provide secure access for users in 2022, which I also wanted to go into more depth here to showcase what Read more…

Data Protection for Cloud based Workloads

Consider the following, you are building a new set of services that is using the Public Cloud and the service consists of different resources such as virtual machines, PaaS services, and container-based workloads. You want Read more…