Yesterday Microsoft released an update for CVE-2020-1350, a Critical Remote Code Execution (RCE) vulnerability in Windows DNS Server that is classified as a ‘wormable’ vulnerability and has a CVSS base score of 10.0. This issue results from a flaw in Microsoft’s DNS server role implementation and affects all Windows Server versions (not the DNS Client, and also domain controllers which have DNS are also affected)

This vulnerability was discovered by security researchers at Checkpoint dubbed SIGRed (You can see all the technical details here –> https://research.checkpoint.com/2020/resolving-your-way-into-domain-admin-exploiting-a-17-year-old-bug-in-windows-dns-servers/ ) essentially it is how DNS Servers handles TCP payload response over a certain size result bigger than 65,535 bytes.

So just how bad is it? Just one email away

Microsoft has already released a fix for this vulnerability, which you can find here –> https://portal.msrc.microsoft.com/en-US/security-guidance/advisory/CVE-2020-1350

NOTE: The Patch requires a server restart, and the registry workaround under requires just a service restart.

As a temporary workaround, until the patch is applied, you can change setting the maximum length of a DNS message (over TCP) to 0xFF00, which should eliminate the vulnerability. You can do so by executing the following commands:

You can use the following PowerShell script to check if your server is vulnerable https://github.com/T13nn3s/CVE-2020-1350

Or if you have Log Analytics / Sentinel running you can also use Kusto Query.

How many are affected? Many are using the combination of DNS and AD and secondly there are a lot of servers running Windows DNS publically available. However CVE–2020-1350 does not require a direct connection to port 53. If you phish someone, they click on the domain, and their Windows DNS server receives a recursive query response, it is owned. 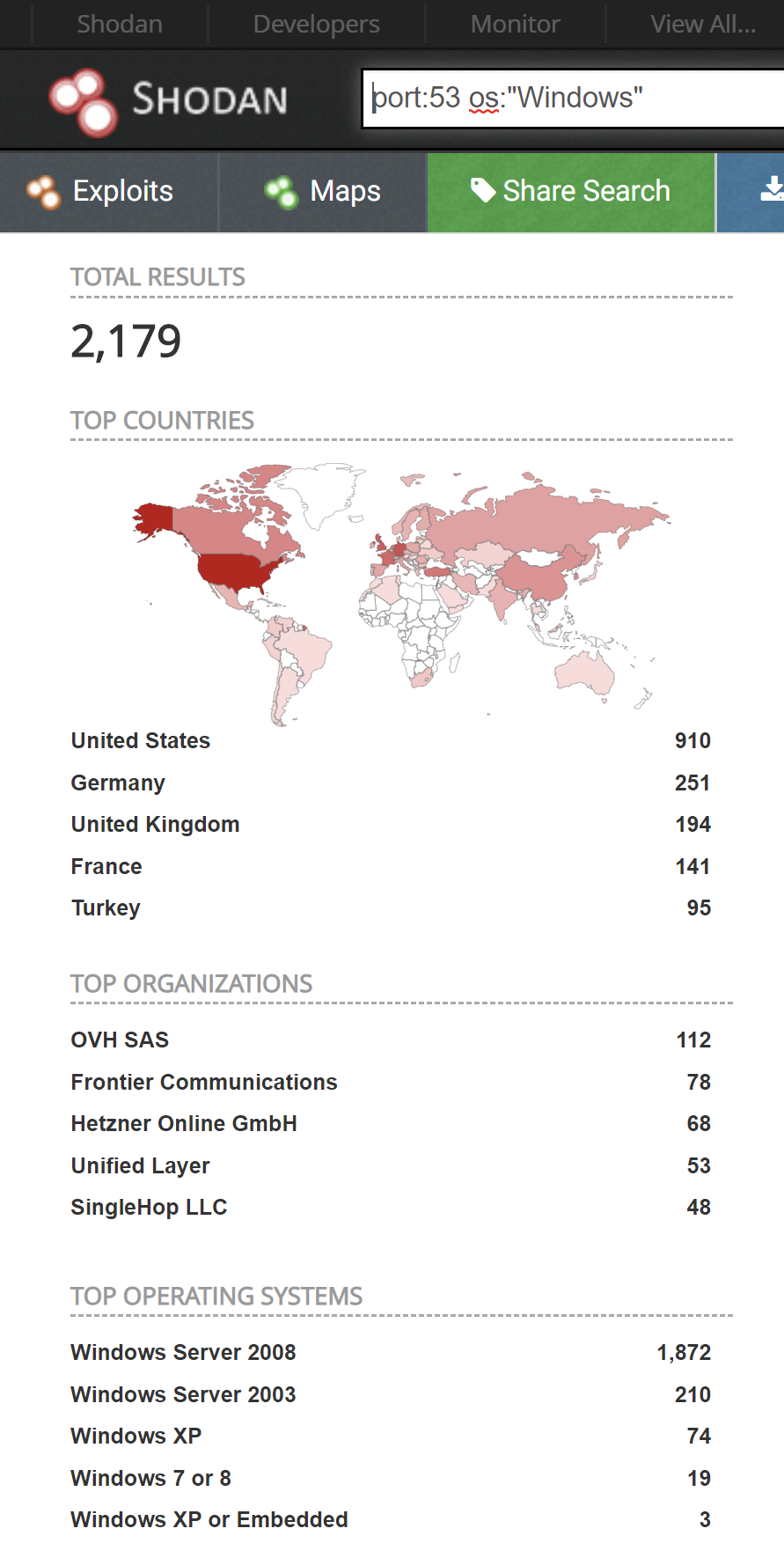 Just a quick FAQ for those questions that are coming in.

My name is Marius Sandbu. I'm working as a Guild Lead for Public Cloud at TietoEVRY. Blogging about topics within Cloud, End-user computing and other related topics.

Last Week Citrix published the first public version of their Terraform Provider for Citrix ADC/NetScaler which allows us to deploy Citrix Configuration using Terraform syntax. Since I’m using Terraform for the deployment of other services Read more…

In some of my couple blog posts, I’ve been going through how to use Veeam Kasten to do backup of workloads running on Kubernetes Get started with Kasten for data protection on Azure Kubernetes Service | Read more…

Prerequisites As part of Azure Arc, Microsoft will be able to provide a wide range of hybrid services. As of now in the early phases, one of the first things that Microsoft has available is Read more…