Earlier today, Microsoft announced Windows 365 (Which has been known by some already as Cloud PC) which is Microsoft first DaaS (Desktop as a Service) offering provides from within Microsoft 365.

So what is Windows 365? It is a service within Microsoft 365 which is aimed at providing a Windows Machine from Microsoft Azure. Microsoft has taken Azure Virtual Desktop and made it with a twist.

It also comes with a couple of SKU’s which are either Business or Enterprise, which provides some different features in terms of flexibility. Such as Business supports Azure AD based auth, while Enterprise requires Active Directory. Enterprise also requires your own Azure subscription to be able to join a domain.

In terms of OS images, you can either use your own images with your Line of Business applications installed or you can use a predefined image from Microsoft.

Now Windows 365, uses the same AVD services underneath such as Gateway, broker and Azure front-door for end-user communication. However, you can see Windows 365 as a service that Microsoft is managing in their tenant.

What about pricing? (Still some details missing, but it seems that the smallest SKU comes at 31$ per month) and is seems that Microsoft is currently using the F-series SKU in Azure to power the service. 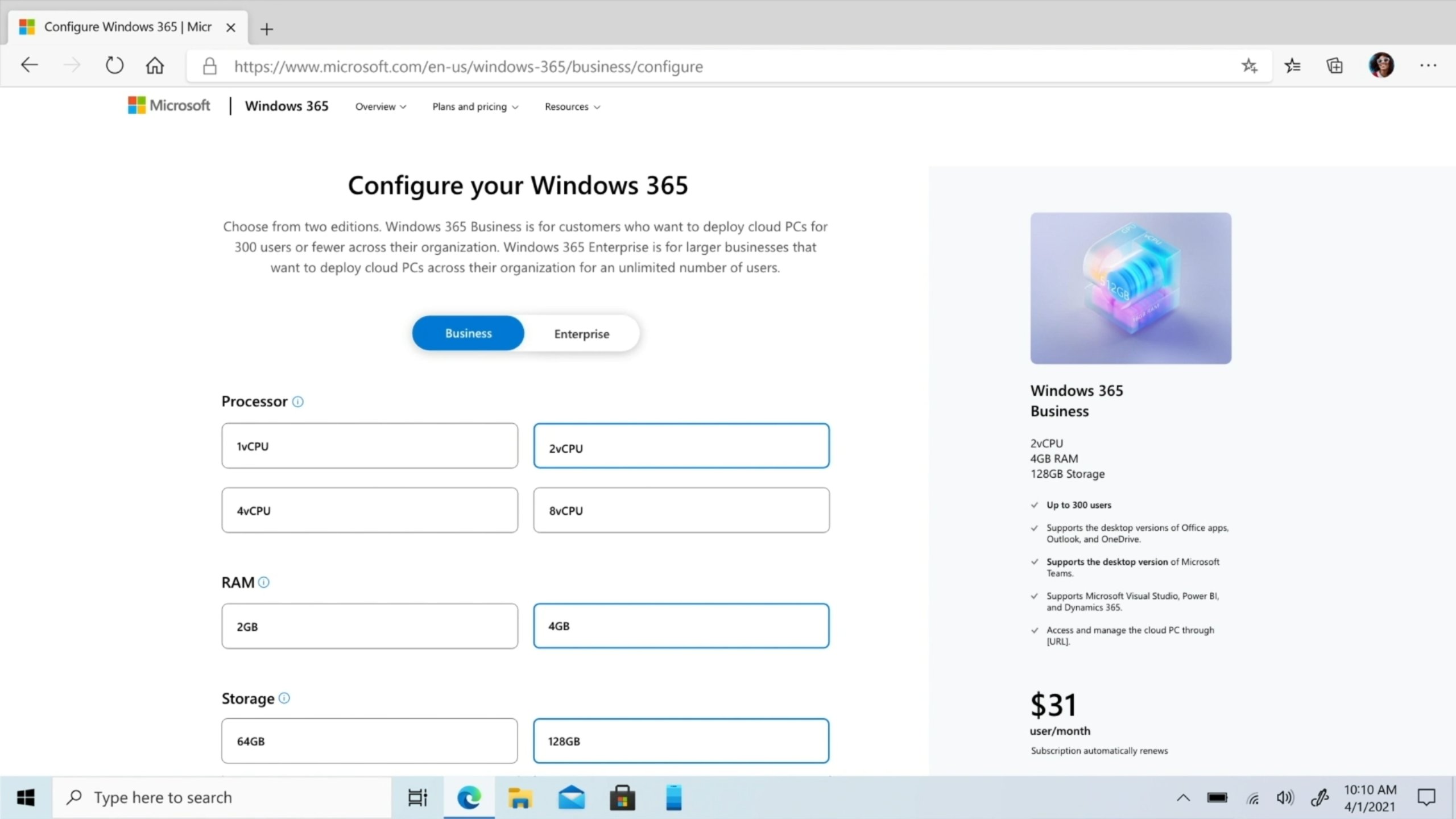 Is uses the same communication flow as Azure Virtual Desktop, which means Reverse-TCP connection. However, it does not support Shortpath because of the architecture. Since Microsoft is responsible for the management of virtual machines.

# How does it handle provisioning?

# What functionality will I lose?

Since the VM’s that are part of Windows 365 are managed by Microsoft, it means that you loose out on some services that are part and supported by AVD.

# What kind of Monitoring capabilities do I get?

The monitoring is part of Endpoint Analytics in MEM, which provides much of the baseline monitoring such as connection time, sign-in time, RTT, and application reliability.

# Do I need to have Active Directory ?

If you are using Enterprise SKU you need to have an active directory, using Business SKU currently supports Azure AD, however, currently, it does not support SSO, similar to AVD features.