A couple of days ago a new vulnerability was found in Windows 10, where the SAM (Security Account Manager) database was readable for regular local users given that it could open the database from shadow copies.

And this only affects Windows 10 version 1809 and newer operating systems.

So how bad is this? well, an attacker who successfully exploits this vulnerability could run arbitrary code with SYSTEM privilege.

As of now there are now patches available for this, but Microsoft has created a vulnerability note and stated what can be done to fix this issue –> CVE-2021-36934 – Security Update Guide – Microsoft – Windows Elevation of Privilege Vulnerability

An exploit has also made available as part of Mimikatz. 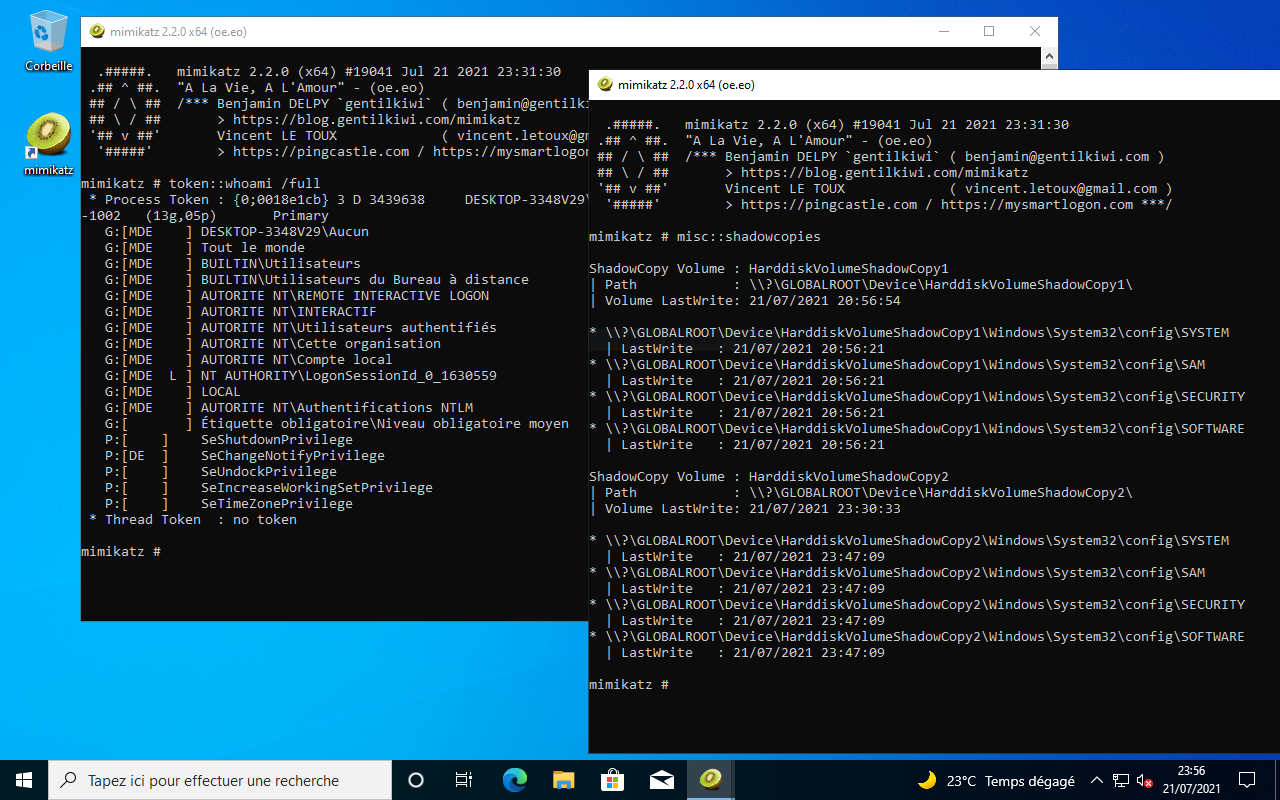 It should be noted that by default VSS is not running

Impact of workaround Deleting shadow copies could impact restore operations, including the ability to restore data with third-party backup applications.

Note You must restrict access and delete shadow copies to prevent exploitation of this vulnerability.

DevSecOps and Securing the Developer Experience

For the last decade, I’ve worked a lot with building virtual apps and desktops from a lot of different providers, going from Citrix, VMware, Microsoft, and even old 2X and Dell vWorkspace even… The focus Read more…

One of the things that we have been trying to solve repeatedly is a way to provide self-service mechanisms for developers when it comes to building public cloud services. Where we want to provide developers Read more…

Tessell – A new way to provide DBaaS in Public Cloud

One of the compelling reasons of using PaaS services in the Public Cloud, is the ease of management- and lowering the complexity of use. Such as with the use of Database Services, where you no Read more…